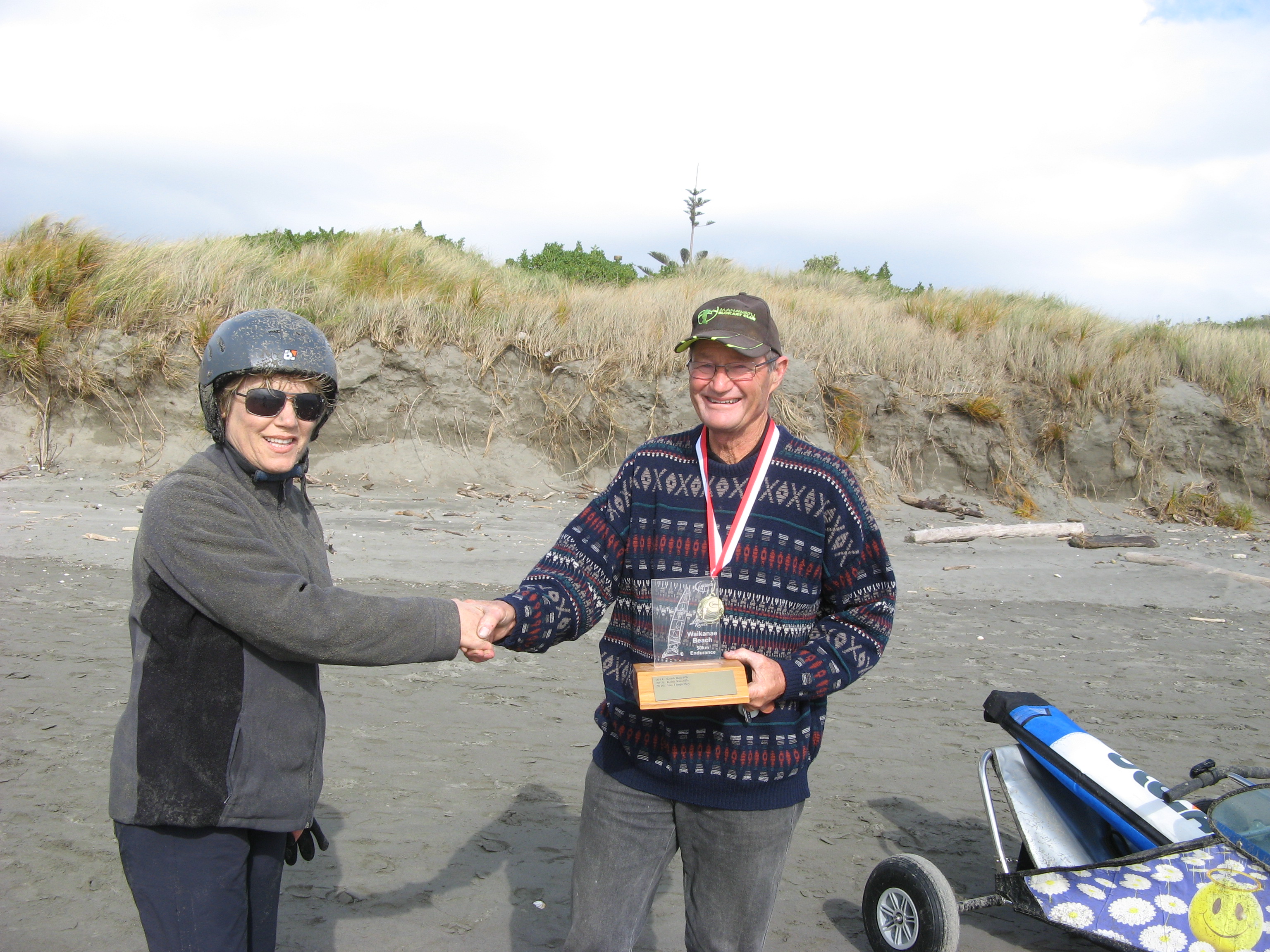 We finally pulled it off! The Landsailing Kapiti Waikanae Beach 50km Endurance, that is.

We arrived around 1100 to a receding tide and a reasonably clean beach.

A strong contingent had arrived to compete for the coveted Landsailing Kapiti Trophy. The wind was North and down the beach a bit and this meant there was going to be a fare bit of tacking involved and any Trophy adversaries had their work cut out for them.

Right from the start we could see this was going to be quite a marathon. The first lap took 16 minutes (for the leader) and the times were increasing with each lap. The Minimum distance for a lap is 3.86km. Most would have been doing over 4km with the tacking. The last lap took over 23 minutes!

While the goal was to cover 50km or 3 hours (whichever came first), we shortened it to 2 hours because of the dropping wind and incoming tide.

Congratulations to everyone who took part. Especially to Robert Deighton for taking the trophy!

The location could not be found.

A big thanks to our sponsors